On May 29, 2001 Jeff Riling, WB8HIA visited at my home. Jeff transports HAZARDOUSE MATERIALS in liquid form up and down the roads of the Eastern half of the US. We talk frequently on 75, 40 and 20 meters. Here are some photos of Jeff and his rig at my home BEFORE THE EPA MANDATED CLEANUP!!

Jeff's wife stopped by with the three boys to apologize for the EPA having to remove nearly 5000 cubic feet of soil from my property after having been visited by Jeff. Click HERE to see the photos. 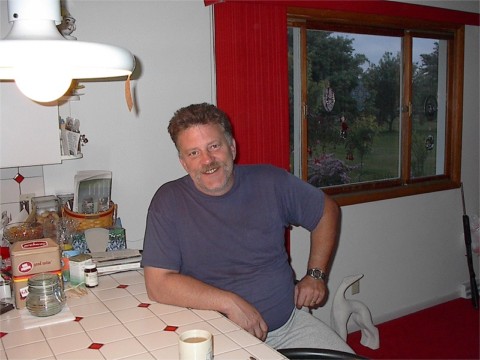 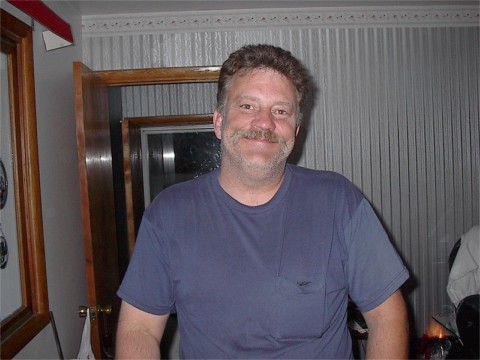 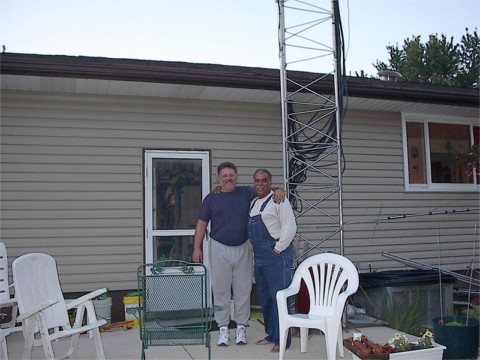 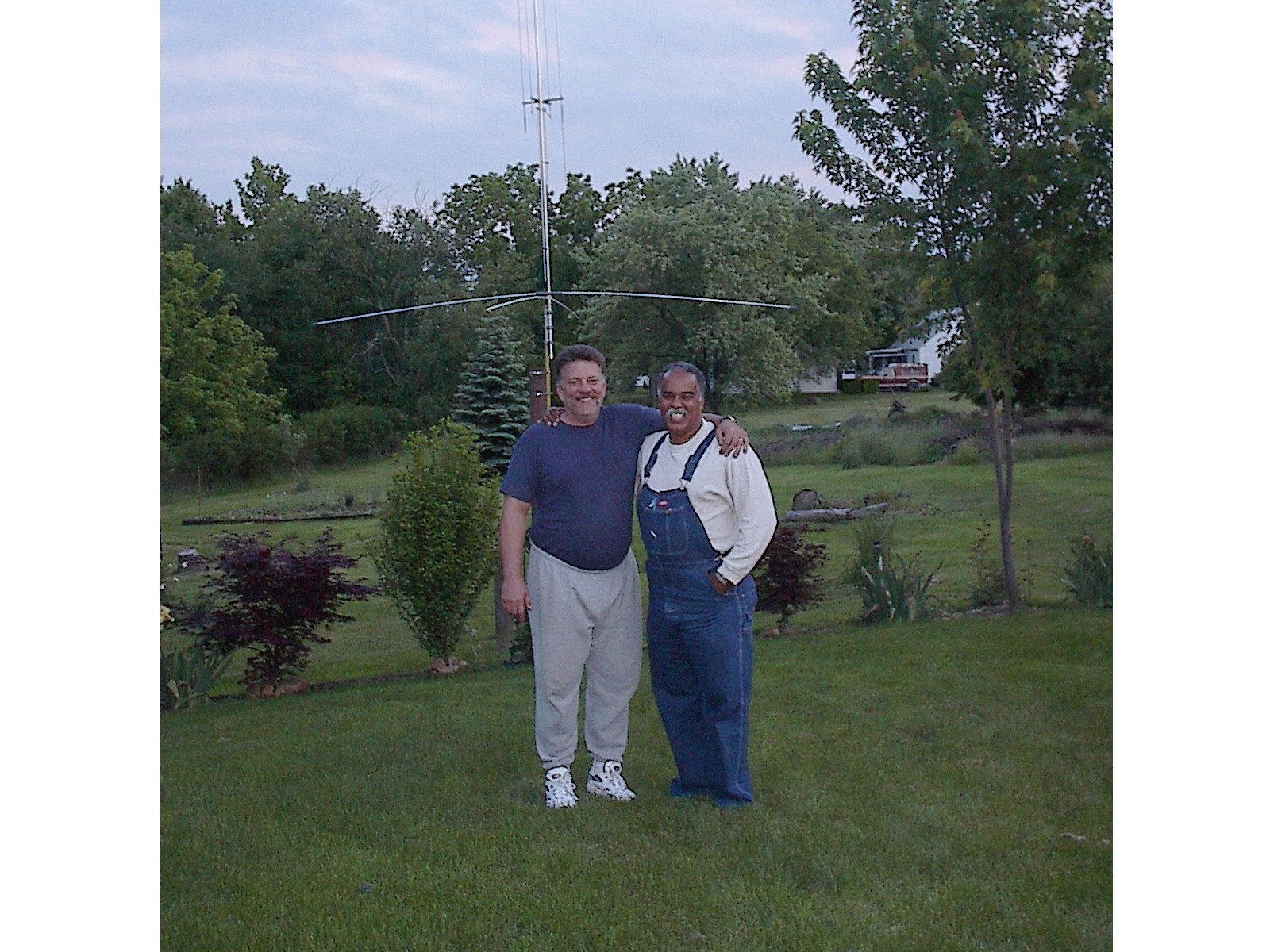 The four pictures shown above were at my home before the sun set. Those that follow are after dark and you can see the results of Jeff being exposed to all of the hazardous materials stuff! 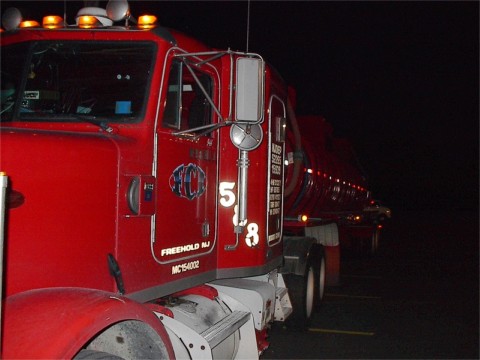 These two photos of Jeff's rig are with everything powered down! Notice the GLOW that results from the cargo on board! 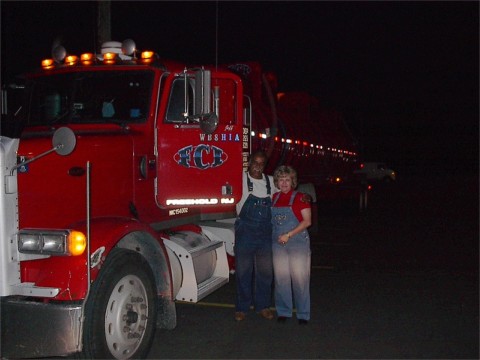 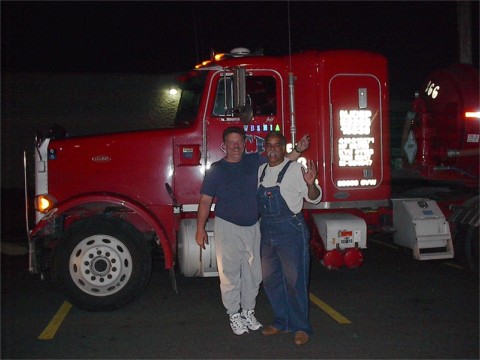 The picture on the left is of myself and Charmaine returning after taking the rig for a spin. The one on the right is Jeff and I. Notice I am attempting to retrieve my wallet from Jeff's back pocket! 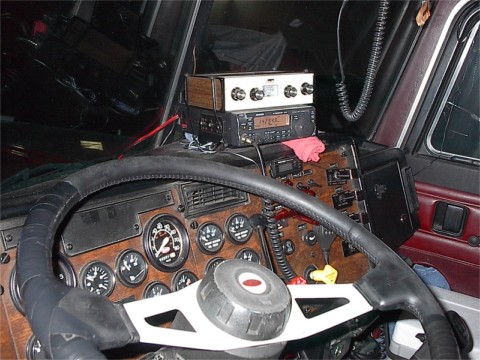 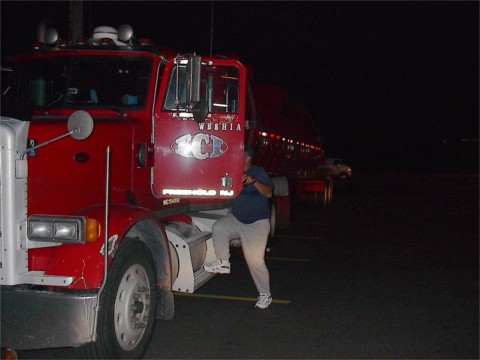 The station that drives the mobile 8877 amplifier! Jeff hits the road again! 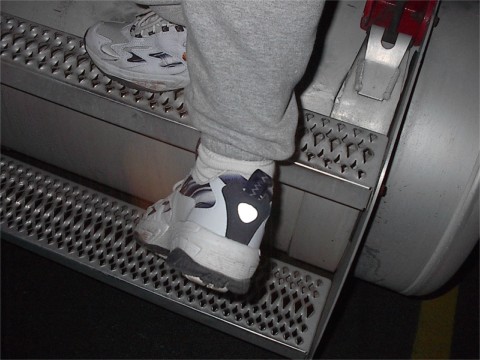 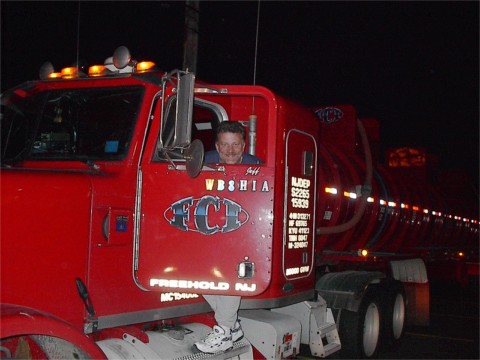 Jeff wearing the shoes that I thought was identical to mine. Later I discovered they were mine! I am still taking inventory of the items that left with Jeff! By the way, I discovered the "screwdriver antenna" that Andrew N3NI lost is now installed on Jeff's rig! 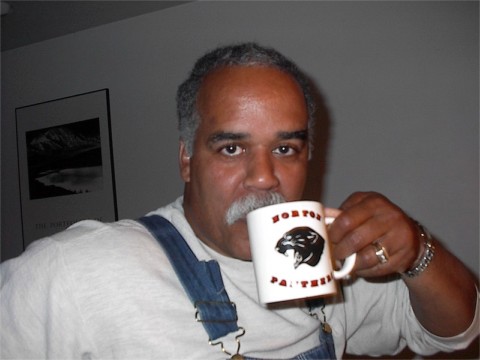 Me drinking a cup of coffee (Notice that Jeff even took the third letter from the bottom line on the cup!)

Come back soon, as more photos will be added later. Stop for a visit and you too may be added to the gallery.